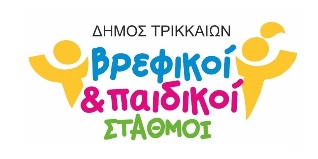 A jewel of architecture and a symbolic bridge value.

The central pedestrian bridge of Trikala is the main connecting point of the city, joining the trikalians, making it the reference point, acting as a point of unity.

Since the end of 1888, when the construction was completed, the bridge was the trademark, precisely because it was the one, the large, the central bridge. French engineers, from the company that built the Thessalian Railroad, edited study, design and construction.
In the middle of the route of one of the two axes of the city, on the north – south axis, the bridge connected the old with the new city. Having already joined the new Greek state for 7 years (21 August 1881), Trikala began to form a new perspective, based on a new prospect.

At the financial level, the city was – and constitutes – a rural and commercial road, a production site for agricultural products and a hub of quadrilateral axis: Ioannina – Larissa, Lamia – Grevena.

Moreover, the city of Trikala was a western and northern tip of a bridgehead against the armies of Aspropotamos, Agrafa and Hassia during the Ottoman domination. Since 1881, this role has been officially changed (although its importance has been reduced since the middle of the 18th century, with the transfer of the capital of Thessaly, from Trikala to Larissa). Nowadays, Trikala is the main shopping street, the main road connecting four (current) regions: Thessaly, Epirus, Sterea Ellada, western Macedonia.
This increased role has been gradually depicted to this day. But then, it was the central bridge that in miniature represented this connection. It joined the old (northern) city, with its new (southern) side.

Any cookies that may not be particularly necessary for the website to function and is used specifically to collect user personal data via analytics, ads, other embedded contents are termed as non-necessary cookies. It is mandatory to procure user consent prior to running these cookies on your website.